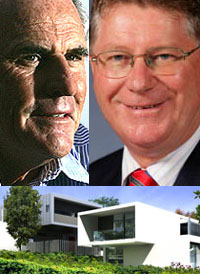 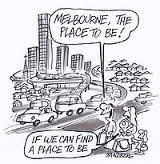 Major Projects in Victoria are in a mess, and the mess looks like it is getting bigger, much bigger.

In 2006 the Victorian Government promised intellectually disabled Victorians that its  Main Drive Kew PPP  (public-private partnership) with Walker Corporation would be "a nice little earner" for the disabled..

It projected a $60 million return to Government from building a new upmarket $400 million housing estate on their Kew Cottages Public Land.

The Government promised to pump all of that $60 million profit into services for intellectually disabled Victorians by 2014.

It has not happened.

1. Maladministration of Major Projects in Victoria.

For example major projects and proposals such as the: 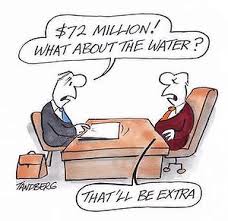 However, despite differences in scale, many of the State's major projects appear to have some of the same significant ingredients of failure built into them by the Government - failures now documented by the Victorian Auditor General's Office (VAGO).


For example, many State projects,  like the Kew Cottages Development, are managed by the 'Major Projects Victoria' (MPV) Business Unit of the Department of Business and Innovation (DBI).

The Auditor General has been highly critical of  MPV's practices and has gone so far as to say  'MPV's maladministration' means that there is likely to be an increased risk of fraud.


MPV’s management of its internal contracts is seriously deficient. There are multiple
weaknesses with most of the contracts that have occurred through MPV’s
maladministration. The absence of appropriate checks and balances means that there
is likely to be an increased risk of fraud. While DBI has a fraud risk register that
includes generic fraud risks for MPV, this is not based on the findings in this audit
around the weak controls and needs to be revised. (VAGO MPV 2012, p.18)

For example that when VAGO asked MPV  to provide copies of the 15 MPV contracts in place at the time of the 2012 audit, MPV could only 'locate' 10 of the 15 contracts. MPV  simply had no record of the other 5 contracts !

And now the cancer has started to spread...

In its November 2013 Annual Report to Parliament the Auditor General, John Doyle,  noted that the Baillieu/Napthine government has decided to stop disclosing budgets for all major projects at the time of the project announcement. 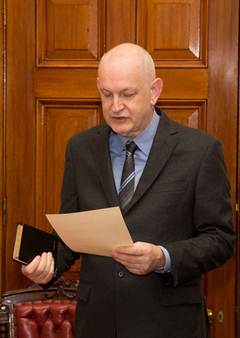 "In December 2012, the government signalled its intention to cease disclosing budgets for major projects at the time of project announcement, citing commercial sensitivities and the potential to inflate tender prices. However, the government has not informed Parliament and the public as to when project costs will be announced."

The Auditor General was not impressed and concluded that:

Recent changes to the information provided by government to Parliament and the public regarding major projects has reduced transparency. A move away from publicly disclosing project budgets and costs decreases government accountability over a significant area of public spending.


At the stroke of a pen accountability for all major government projects in Victoria is now out, and government secrecy is back in.

After ten years in opposition calling for more accountability and transparency in the management of major projects in Victoria, the Government has had a change of heart.

The Baillieu/Napthine Governmen apparently not only approves of the Kew Cottages Development PPP secrecy model after all, but is now committed to promoting the model and extending it more widely to all major projects throughout Victoria. 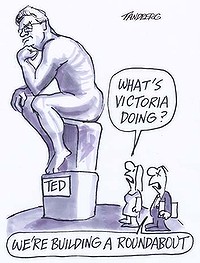 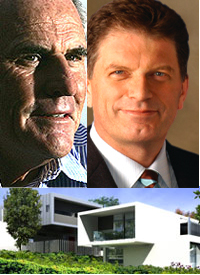 Video Interviews Baillieu's Ministers:
For further information just follow the links... (Note: Your PDF software may require you to manually enter some of the PDF Page Reference Numbers provided. )

Privacy: we will comply with Privacy legislation in the State of Victoria in handling all personal
information . Unless you advise us otherwise, you agree that  we may  make the information you
provide available  for the above purposes to the independent disability groups CIPAID (Concerned
Individuals and Parents Action on Intellectual Disability), the Disability Network., and the Kew
Cottages Parents Association. Personal information will not be used for any other purposes [more..]