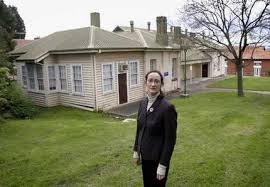 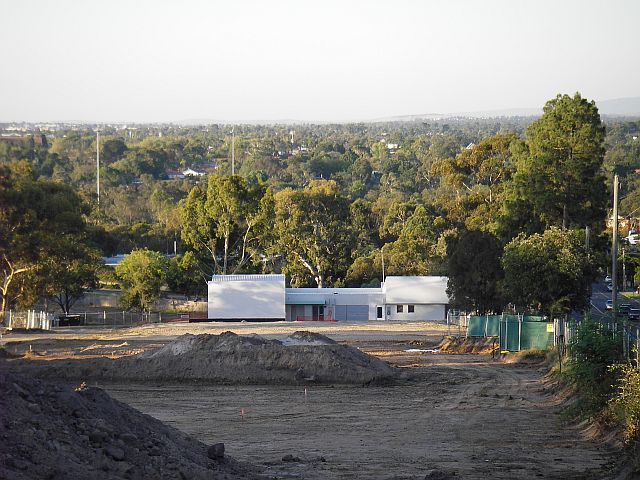 "The Redevelopment of Kew Residential Services (formerly Kew Cottages) will be complete by the end of 2006.  (More..)  (
Online quote 16th February 2006) 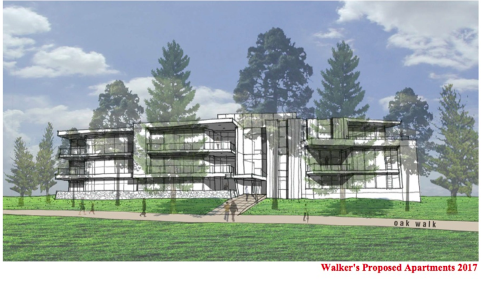 Walker's 2015 Appeal to the Heritage Council
Re: Permit P22396 Refusal

Walker's Application for a Heritage Permit

The Minister for Planning

However, note that many Application plans and proposals have been subject to further amendment for approval.

Don't treat them as second-class citizens
Letter to the Editor
Eric Emerson,
Professor of Clinical Psychology
University of Lancaster, UK
November 19, 2003
http://www.theage.com.au/articles/2003/11/18/1069027115271.html?from=storyrhs
(KCC Comment: We understand Professor Emerson's recent visit to Melbourne was paid for by the State Government)

Where are these people meant to live?

The "extraordinary mess" that Opposition community services spokeswoman Helen Shardey called the Kew Cottages redevelopment (The Age , 14/11) can only get worse with comments from the likes of Gillian Meldrum from the new disability group Community Living Alliance.

Where does Ms Meldrum propose that the more than 3000 people in Victoria with intellectual disabilities at present on accommodation waiting lists - including more than 1000 who are classified as urgently requiring accommodation - live?

I'd be fascinated to know Ms Meldrum's, and Community Services Minister Sherryl Garbutt's, plans to house these unfortunate people. Unlike those living at Kew Cottages who already have a roof over their heads, these people are on waiting lists that can be years long.
Lorraine Keogh, Ballarat

THE State Government has taken control of residential development at the
Kew Cottages site, saying Boroondara Council is not fit to deal with the
project.

But the council says the Government has sacrificed democracy for more money.

The Government wants to close the home and replace it with up to 800 houses
at the prime 27ha site on the banks of the Yarra River.

The State Opposition said it stood to raise up to $300 million from the
project.

Until now, Boroondara had been charged with drawing up planning guidelines
and presiding over debate between residents, state officials, disability
advocates and families of residents at Kew Cottages - now known as Kew
Residential Services (KRS).

The council this month adopted planning guidelines for the site, which set
aside half the land for open space, ignoring a Government preference for 27
percent open space.

But late last week, the Government used special powers to "call in" the
project and ensure its plans were the basis for future development.

In a written statement Ms Garbutt said the project had "statewide
significance".

She said the Government had to ensure it proceeded "swiftly and
appropriately to safeguard the welfare of residents with disabilities".

"This project is too important to be a political football or to be
undermined by planning uncertainty," Ms Garbutt said.

"There will be a community consultation process to ensure the community and
stakeholders can have their say on the redevelopment of KRS."

Mayor Judith Voce said the Government now had a "substantial conflict of
interest" as the owner,

developer and planning authority and its move was an "affront" to the
council's extensive consultation.

"it appears the Government has chosen this course of action in order to
maximise the financial gain ... at the expense of accountability and local
democracy," she said.

By Belinda Mackowski and Matthew Schulz

THE State Government appears set to take control of the Kew Cottages
redevelopment.

Boroondara Council urban planning director Phillip Storer has accused the
Government of issuing "veiled threats" it planned to sidestep the council
and take control of the project for 800 apartments and houses on prime Kew
real estate.

The council has already drawn up planning guidelines for the 27ha site
after heated community debate.

But the Government has the power to take over planning for the Kew
Residential Services (KRS site if it deems it a project of state
significance or if it would be in the public interest to make an urgent
decision.

Planning Minister Mary Delahunty can also "call in" the project if the
Government believes the matter "is unlikely to be reasonably resolved by
the processes normally available".

Last week Ms Garbutt accused Boroondara Council of being uncooperative and
too slow in planning the KRS redevelopment, taking 18 months to do what
should have taken six months.

"The council's reluctance to work with the Bracks Government on the KIRS
redevelopment smacks of territorialism," she said. "The redevelopment of
KRS is a project of statewide significance and is too important to get
bogged down in petty local politics or individual agendas."

Ms Garbutt said the Government was "not confident" of Boroondara's ability
to conduct the process in a timely manner.

"The Kew redevelopment is far too important to get waylaid by planning
uncertainty and council indecision," she said.

Mr Storer vowed the council would "vigorously resist" any attempts by the
Government to replace the council as the planning authority on the project.

Mr Storer said if the Government called in the KRS project it would create
a conflict of interest.

He said the State Government would then be the landowner and developer and
would also have the final say on what could be built on the site.

The council has also asked the Municipal Association of Victoria to
advocate against the State Government's "call W' powers.

COMMUNITY members fighting the sale and redevelopment of the Kew Residential Services site have called for
the planning process to be frozen.

Kew Cottages Coalition president Brian Walsh said the group wanted a moratorium on any further planning of the
Kew redevelopment until Boroondara Council investigated how other councils were fighting State Government
attempts to sell off public land to developers.

The Government wants to replace the council's development plans, adopted in August, with its own,
and to fast-track them for approval by next June.

Under the Government's plans 27 per cent of the Kew site would be kept for public open space, while under the
council's, 50 per cent would be parkland.

Mr Walsh said the group was unhappy with the council's and the Government's redevelopment plans.

"As far as the plans go it is like two people arguing about who is going to be the hangman," he said.

Before either plan can be adopted a planning scheme amendment is required.

Boroondara Mayor Judith Voce said the council had to exhibit the amendment for a minimum of one month.

The council will allow community feedback on the amendment between October 30 and December 12.

Mr Walsh and Kew Cottages Parents Association president Ian Whalley said they considered the exhibition
period too short for a development of the magnitude and significance of the new Kew urban village.

The Government has told the council an independent panel hearing must be held on the plans, and the panel's
decision considered by the council, before June 30 next year.

BOROONDARA Council has refused to throw out its vision for the Kew Cottages site in favour of the State
Government's revised plans for the redevelopment.

The council has vowed to go ahead with its normal planning process and has called for public comment on its own
plans for the 27ha Kew site. Public consultation is until December 12.

The council has warned that it would vigorously resist" any attempt by the Government to "call in" the project and
take over as the planning authority in charge of the Kew Residential Services site redevelopment.

The Government last month released a revised urban design framework for the sell-off and redevelopment of the
site, which has been home to the Kew Cottages' intellectually disabled residents for more than 100 years.

The Government wanted the council to replace guidelines that a working party of council, Government and
community members drew up, with its own framework.

Mr Storer told the council meeting last week that the Government had been ' 'disingenuous and misleading" in
promoting, its revised scheme for the development of a high-density urban village at Kew.

He said the Government had not revealed that its plans would reduce the amount of open space on the
redeveloped site, compared with the council's framework.

The council's plans allow for 50 per cent of the land to be kept as open space, while the State Government wants
only 27 per cent as parkland.

Mr Storer also told the meeting that the Government's claims that it intended to cut the number of houses on the
site from 1600 to between 450 and 800 were incorrect and grossly misleading.

"Council's adopted urban-design framework did not and has not ever contemplated dwelling numbers," he said.

Mr Storer said the council would oppose any attempts by the Government to call in the project and override the
council's planning procedure.

He said the council would seek public comment on a planning-scheme amendment this month, then an
independent planning panel would be appointed to hear arguments about the amendment.

"There has been a veiled threat that this may be called in by the Government," Mr Storer said.

"The Government has the opportunity to submit its proposal to the independent panel during the process."

Sarah McKinnon, spokeswoman for Community Services Minister Sherryl Garbutt, said the Government would
continue to discuss the redevelopment with Boroondara Council during the planning process.

"We have listened to the views and needs of the local community and the council and ... developed a new
framework that goes a long way towards meeting their requirements," she said.

"The Government is committed to ensuring the redevelopment proceeds in a timely fashion. "


Note: External links (eg: to HWT/Herald Sun) may now have expired  or moved - use Google or similar search engine to check currency of  any suspect links.

Mail comments or questions to us  here.